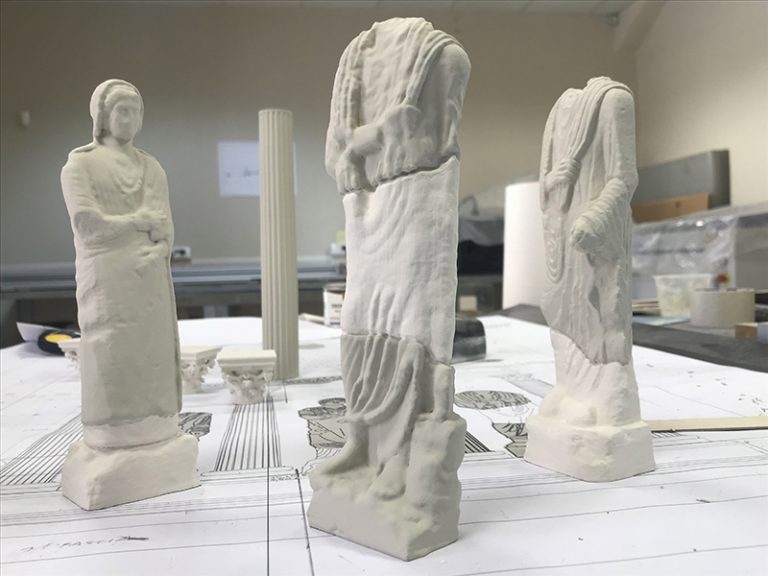 The Polo Museale della Lombardia in the period 2017 / 2018 has provided for the digitalization and enhancement of stone finds from niches of the Augustan era, preserved at the Archaeological Museum of Mantua. It is a set of more than sixty elements ranging from the simple element of frieze, parts of trunks of columns, up to the present statuary. The work carried out included the photogrammetric 3D survey in high resolution of the object, with associated RGB values, the textured mesh and the  geometric survey of the same in plants and elevations with high resolution orthophotos at a scale of 1:5. In addition to the survey work, the model of the monument was produced, reconstructed according to the indications of the Archaeological Superintendence, with the stone elements relocated.