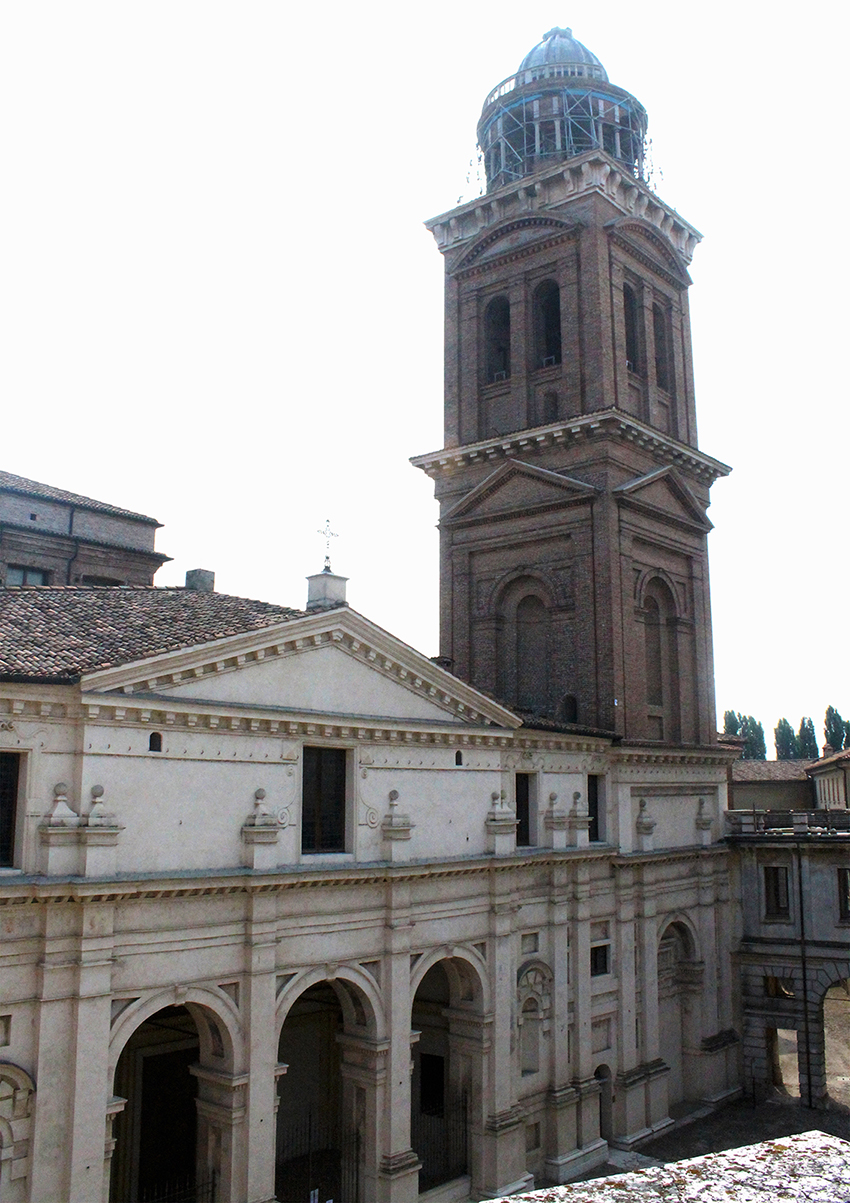 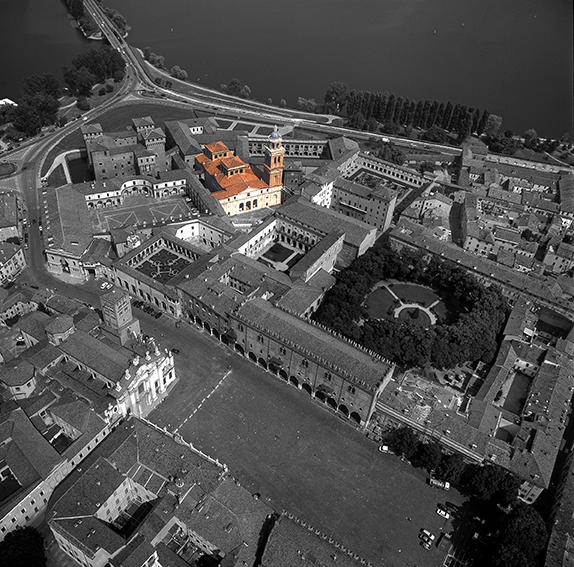 The strong shocks of the 2012 Emilia and Lombardy earthquake caused the collapse of the dome of the bell tower of the palatine basilica of Santa Barbara. The structure, designed by the architect Bertani in the sixteenth century and an important architectural element of the skyline of the city of Mantua, was surveyed by the Hesutech group after the securing works. With  photogrammetric technologies using SAPR (drone) and laser scanning, the state of disruption of the structure has been documented. Technical representations at a scale of 1:50 were drafted to support the restoration project and a 3D model was created,  for further structural study and analysis.