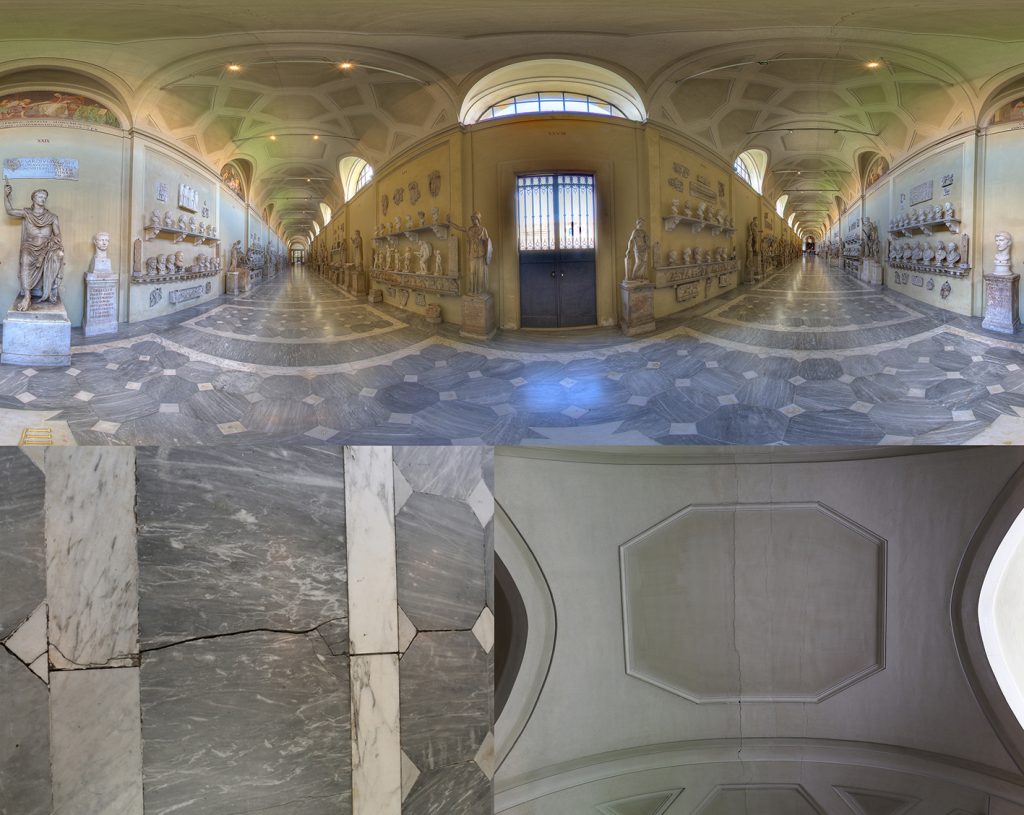 The upper Belvedere of the Chiaramonti Gallery was the object of surveys functional to the study and structural consolidation project. The deformation and cracking present in the horizontal structures and in the elevations was documented through a laser scanner survey. The data, collected by another working group, were analyzed and used for the return of profiles and deformed. Deformation maps and level curves were made to better represent and clarify, both for the barrel vault and for the facade towards the Galea, the state of disruption.