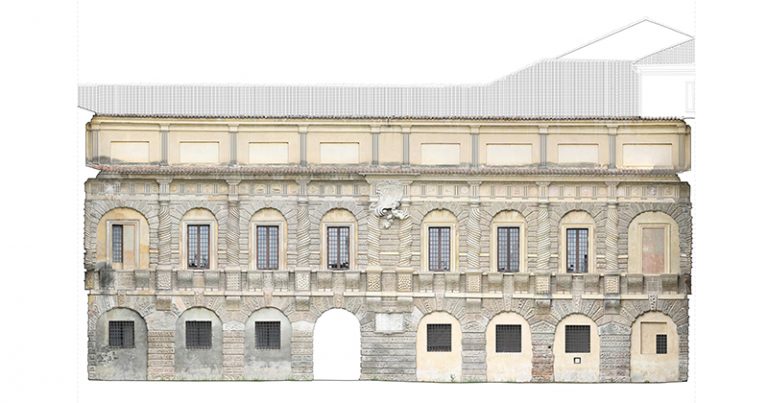 The rooms that make up the so-called Appartamento Grande in Corte Nuova, with the Trojan Hall and the Galleria dei Mesi, as well as the Palazzina della Rustica and the Cortile della Cavallerizza, are the spaces of the Gonzaga palace where the artist and architect Giulio Romano worked in the sixteenth century. Politecnico di Milano carried out a survey of these places entirely in 3D and photogrammetrically, in various campaigns. From 2010 to the present, several shots have been taken of general and detailed documentation (scale 1:50), with the common objective of having precise tools (plans, sections, elevations, orthophotos, 3D models) for the design and management of the asset from the point of view of the conservation of surfaces and structures.