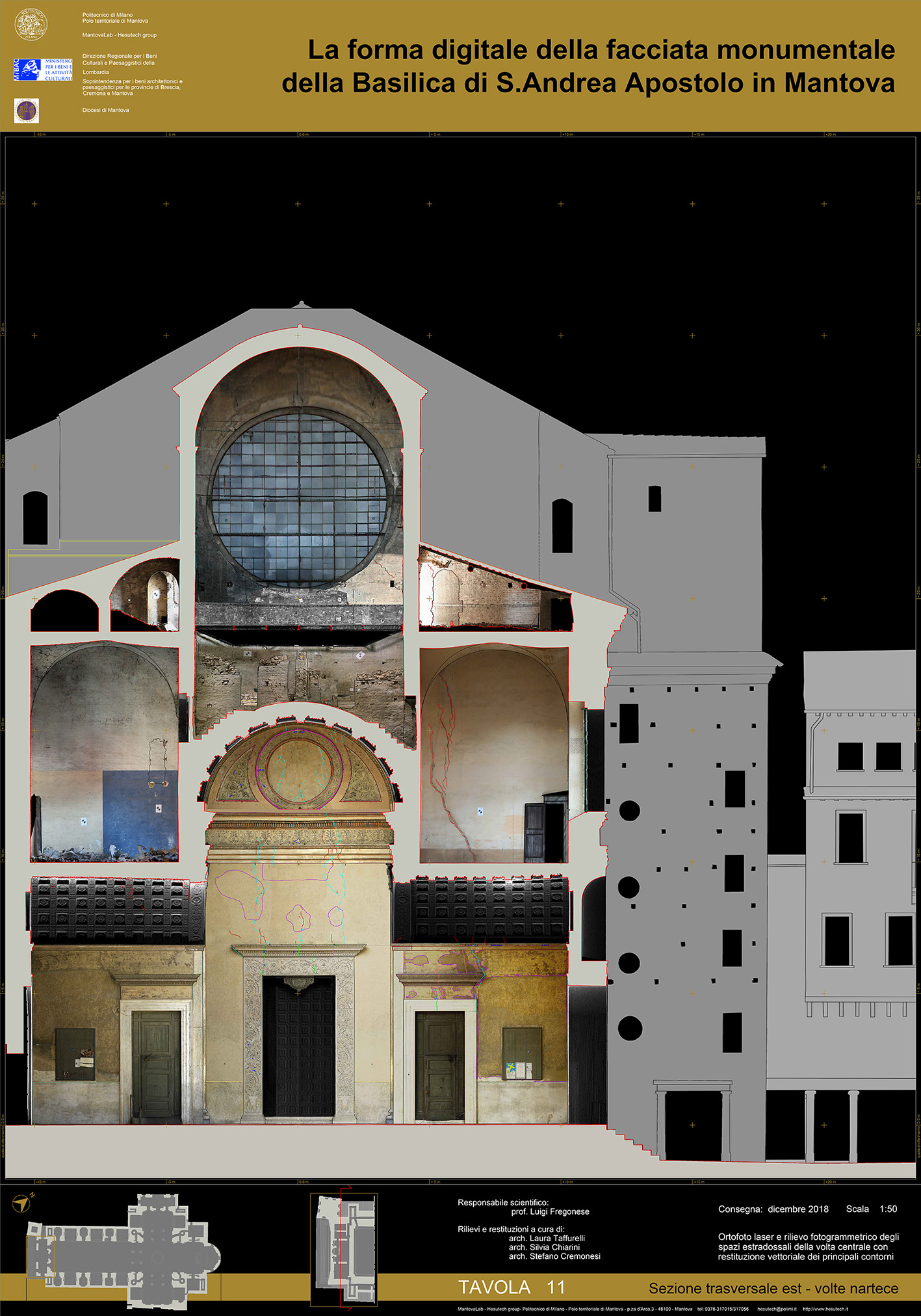 Basilica of S.Andrea Apostolo in Mantova. 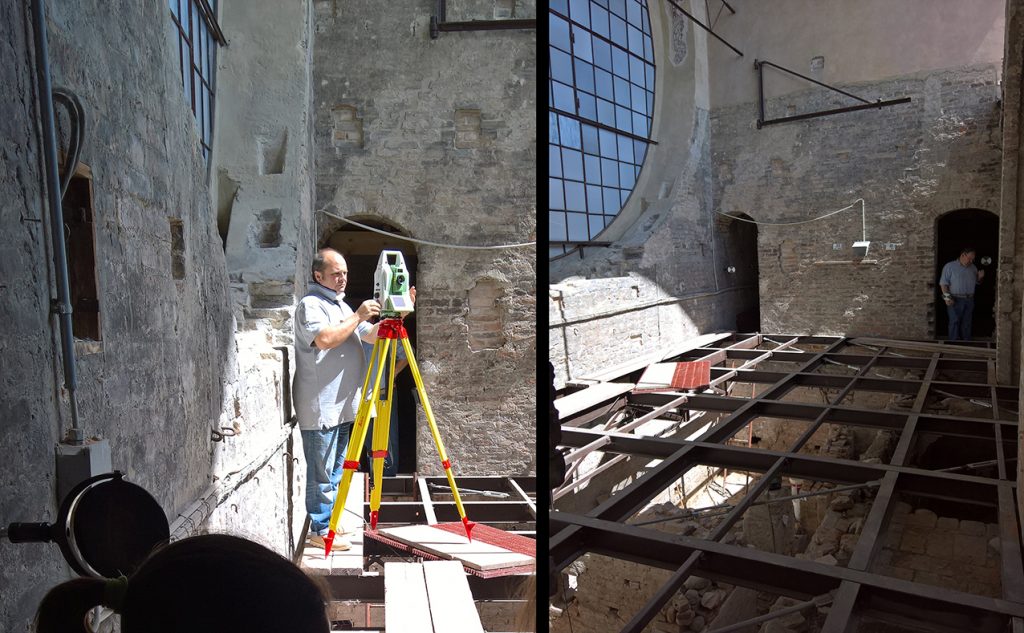 The monumental facade of the Basilica di S. Andrea in Mantua by Leon Battista Alberti has undergone restoration work, structural investigation and seismic adjustment, which took place in various phases from 2005 to 2015. The Hesutech group has produced a 3D geodatabase, which over the years incorporated multisensor data (photogrammetric, laser scanner and topographic) in collaboration with the Regional Secretariat for Lombardy, MIBACT and the Diocese of Mantua. The graphic products have documented the qualitative aspect of the surfaces for the material definition and degradation, together with the geometric-dimensional information (scale 1:50). All the restoration works, carried out during the various phases of the construction site, have been documented and included in these representations. A general 3D model of the Pronao (facade and counter-façade) was produced to support the structural analysis and for the 3D verification of the cracking state. The extradosed rooms of the main vault, for centuries covered with filling materials and now brought to light to allow the seismic adaptation of the facade, were also surveyed.