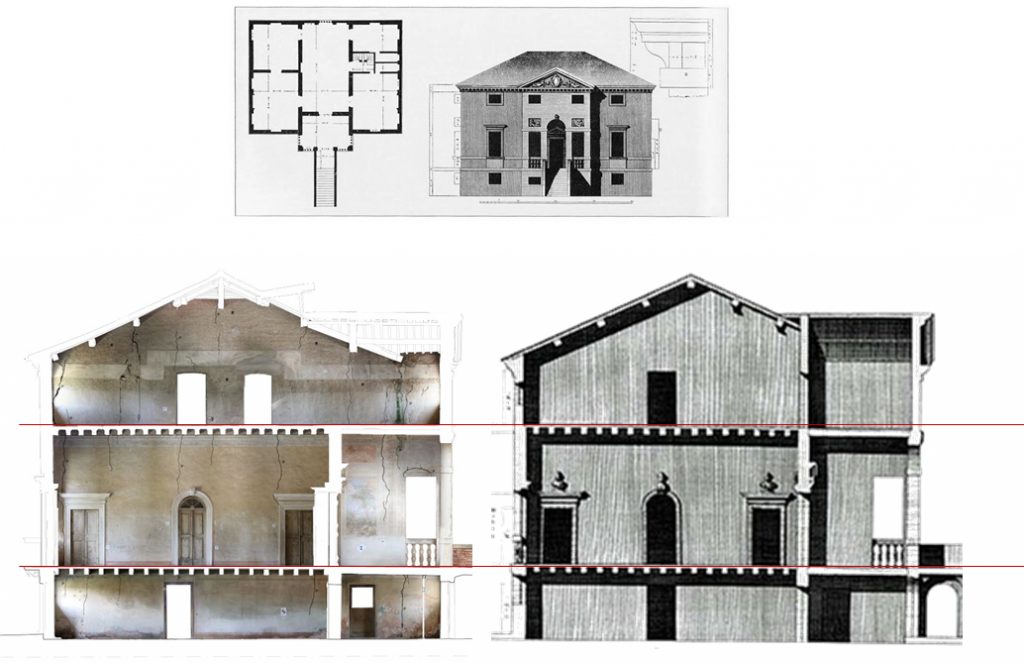 This villa is attributed, after several studies and research efforts, to Andrea Palladio, the famous architect of the sixteenth century; it became part of the UNESCO World Heritage in 1996. One of the few examples of Palladio’s intervention on a pre-existing building, it has been in a state of abandonment for many years. The Hesutech group has surveyed the entire building by integrating the different techniques of photogrammetric acquisition, from the ground and SAPR (drone), and laser scanning, with the support and control of a topographic framing network. During one week, the villa was carefully documented in order to restore the material state, degradation and architectural geometries. These documents are necessary in the knowledge process for the design of the restoration works, wanted and funded by Villa Forni Cerato Foundation.